Caveat: These are my personal opinions, not the opinions of my employer or any open source projects I work on or with.

I wrote this post back in October, but shelved it for being too circuitous and spending too much time on background (like explaining what ReDoS is). This is my attempt to cut it down to just the pithy (read: ranty) bits, spurred on by the continued appearance of mostly useless ReDoS CVEs. 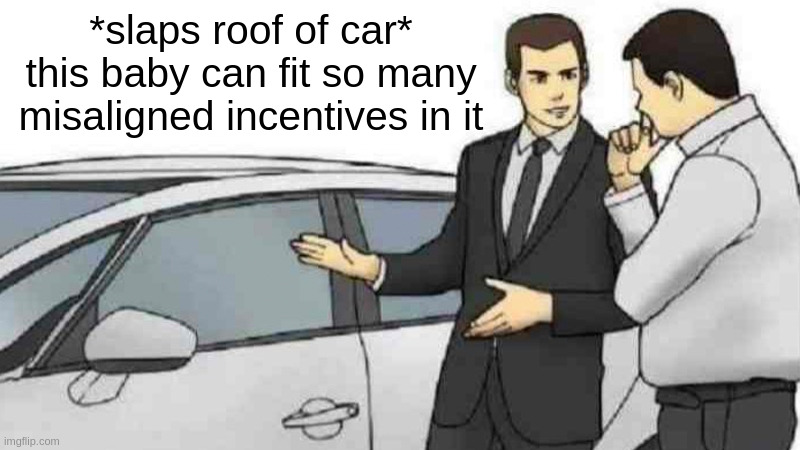 The proliferation of ReDoS vulnerabilities is the product of badly misaligned incentives in separate but related domains: vulnerability feeds and supply chain security vendors.

Vulnerability feeds: everyone wants to be famous

Vulnerability feeds are not even remotely new: NIST’s CVE feed is (more than) old enough to drink, and had been a core part of automating reporting and triage since its inception.

As a consequence of those benefits, there’s a natural third use that arises for vulnerability feeds: clout. Security researchers love being assigned CVEs for their work1; they put it on their resumes and in their talk slides as evidence of their prowess and domain knowledge.

There’s nothing necessarily wrong with this: it’s essentially a seal of quality! But it does introduce a perverse incentive: when public acknowledgement of a report is itself seen as a sign of quality, any report will do. This in turn means a search for easy things to report, and it doesn’t get much easier than ReDoS2.

“Software supply chain security” is really hot right now: there are dozens of startups3 vying for attention (and public/private money) in the domain.

Most are selling small variations on the same underlying product4: a tool or other integration that scans software dependencies and reasons about them, usually to the end of producing an SBOM or other machine-readable report for subsequent analysis and remediation5.

Consequently, the need for differentiation is high: these companies need to set themselves apart from their cohort, in an ecosystem that’s otherwise difficult to differentiate in. Thus our second misaligned incentive: discovering volumes of low-quality “vulnerabilities” and churning out breathless blogspam for each.

This misaligned incentive predates on other misalignments:

So far, this has culminated in a culture of “worse is worse”8 among software supply chain vendors9: vendors have been incentivized to “shoot first and ask questions later,” with no regards for report quality or increased burden on open source maintainers10. This is not sustainable in the long term!

99.9% of developers (rightfully) do not care about ReDoS

I’ll just be blunt about it: 99.9% of developers do not care about ReDoS “vulnerabilities,” and they’re right not to care. That includes in web development, one of the supposed key targets for ReDoS (and thus audiences for remediation).

This is even before any of the really cheap shots, like observing that the entire bug class is based on unreliable premises: that there are no timeouts or resource limits anywhere else in the system (almost always false, particularly in web development), and that the regular expression engine itself is susceptible to pathological runtime behavior (plenty aren’t).

Like every rule, there are exceptions: I am positive there are instances where being able to cause a Denial of Service through a regular expression violates some important security property. But there is no public evidence whatsoever that these instances warrant the noise, make-work, and consequent fatigue that their reports induce.

Security fatigue is badly overlooked in the security tooling community; I could12 write an entire separate post on it.

Instead, I’ll make it pithy: your vulnerability reports and tooling don’t matter a single bit unless a responsible party cares about them. The single easiest way to get the responsible party to stop caring is to make it easier to not care13 than to care.

Programmers want to be delighted by their tools: they like tools that do the right thing by default, that nudge (but don’t prod) them in the right direction, that integrate into their existing workflows and want to be integrated, rather than demanding unique treatment. The best tools reduce the amount of work an engineer needs to do; the second best tools don’t change the volume of work but make it more enjoyable.

Security tools are, overwhelmingly, not delightful: they’re bespoke and picky about their inputs and runtimes, require their own dedicated workflows, and, most important of all, create work that didn’t exist before for reasons that are opaque and unaccountable without domain experience14. 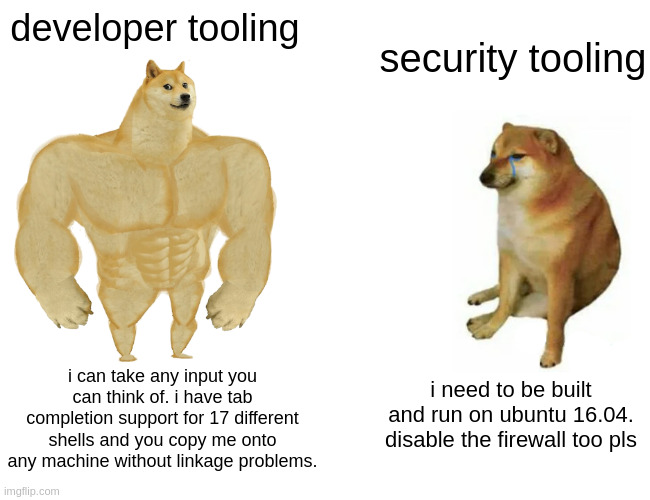 (Pictured: how your developers see the security tooling you bought for them.)

ReDoS and other junk “vulnerability” classes make a bad situation worse: they add more fatigue to already fatigue-inducing tools by requiring developers to mentally correct for over-scored vulnerabilities, to wade through the cognitive dissonance of targeting a metric (no vulnerable dependencies!) versus their domain experience (this vulnerability is fake!), &c &c.

And finally, as I’ve hinted before, the failure mode for a security-fatigued engineer is itself a security problem: engineers who feel like they only respond to useless reports develop the habit of ignoring all reports, including the real ones. When actual critical vulnerability reports roll in, they lose time unlearning all of the muscle memory that bad data instills in them. In this way, the proliferation of ReDoS “vulnerabilities” is itself a Denial of Service against the people and mechanisms that keep software ecosystems secure.

It’s not fair for me to rant without offering solutions. So here are some things we can do to immediately improve the state of affairs: