This is a writeup for my fourth Crystal library: qrencode.cr.

qrencode.cr is a wrapper for libqrencode, the C library behind qrencode. It supports QR Code model 2 and Micro QR (the latter experimentally).

Binding libqrencode to Crystal was nice and straightforward, as there are only a handful of methods needed for the most common QR encoding tasks. The main libqrencode structure QRcode is also primitive, with no references to other structures:

From there, I just wrapped the bindings into a QRencode::QRcode object and introduced some enums equivalent to those in libqrencode:

The easiest way to install qrencode.cr is via Crystal’s shards dependency manager. You can find the relevant steps in the repository README.

Once installed, generating a QR code involves a single instantiation:

Arbitrary binary data can be passed as well, via a Bytes (i.e., Slice(UInt8)) object:

Once created, the QRcode instance contains the actual QR symbol data in the data field. This field can be accessed directly, or via each_row (which yields each row):

Each byte in data has various bits set to indicate state, all of which are documented here. The most important one for most applications is the LSB, which indicated whether the module/dot corresponding to that byte is black or white. QRencode::Util provides two simple methods for exactly that:

This forms the basis for most QR rendering code. Importantly, neither libqrencode nor qrencode.cr provides rendering functions (e.g., to a PNG or SVG) — it’s up to the user (or a QR rendering library) to take the data inside a QRCode object and turn it into something presentable.

By way of education, the examples/ansiqr.cr program is a simple example of this sort of rendering. It takes an input string and writes a QR code to the terminal using ANSI color codes: 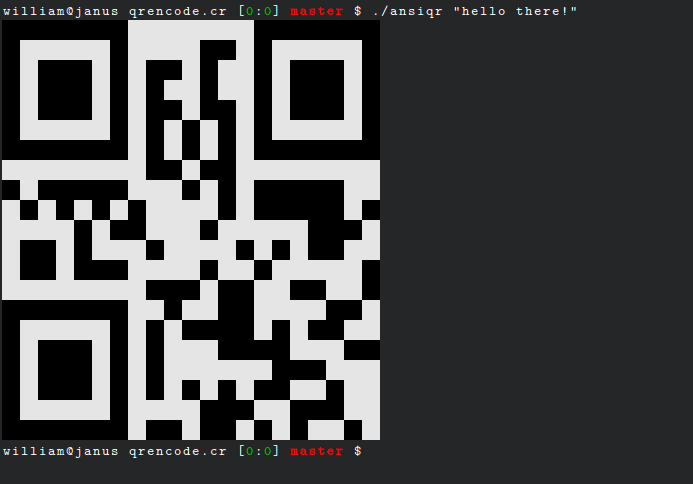 …which works as expected. Taken from my phone with a camera scanner: 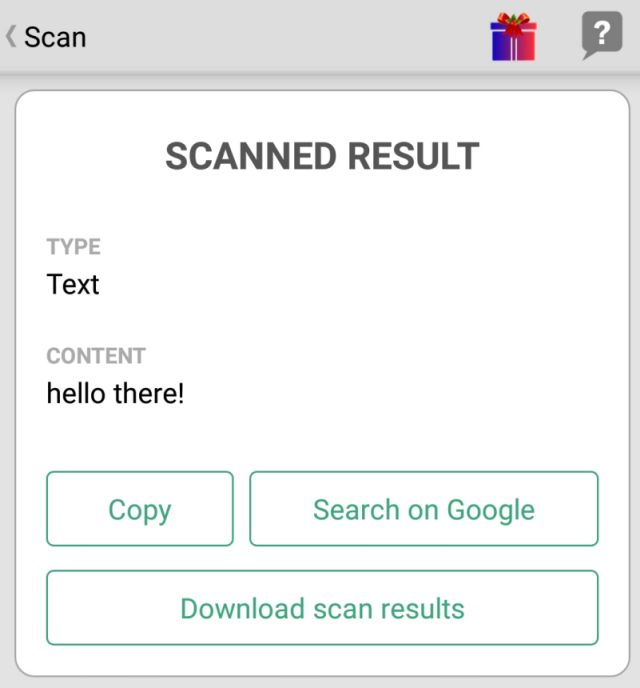 This was a fun little afternoon project — after reading the libqrencode project, writing these bindings only took about an hour. It also gave me a bit of insight into the structure of QR codes (e.g., the QR “version,” which actually corresponds to the size of the code and not its specification).