x86 is back in the general programmer discourse, in part thanks to Apple’s M1 and Rosetta 2. As such, I figured I’d do yet another x86-64 post.

Just like the last one, I’m going to cover a facet of the x86-64 ISA that sets it apart as unusually complex among modern ISAs: the number and diversity of registers available.

Like instruction counting, register counting on x86-64 is subject to debates over methodology. In particular, for this blog post, I’m going to lay the following ground rules:

In addition to the rules above, I’m going to use the following considerations and methodology for grouping registers together:

The general-purpose registers (or GPRs) are the primary registers in the x86-64 register model. As their name implies, they are the only registers that are general purpose: each has a set of conventional uses1, but programmers are generally free to ignore those conventions and use them as they please2.

Some of the 16-bit subregisters are also special: the original 8086 allowed the high byte of AX, BX, CX, and DX to be accessed indepenently, so x86-64 preserves this for some encodings:

So that’s 16 full-width GPRs, fanning out to another 52 subregisters.

Registers in this group: 68.

This is sort of an artificial category: like every ISA, x86-64 has a few “special” registers that keep things moving along. In particular:

Registers in this group: 4.

The x86 family has gone through several generations of SIMD and floating-point instruction groups, each of which has introduced, extended, or re-contextualized various registers:

Let’s do them in rough order.

Originally a discrete coprocessor with its own instruction set and register file, the x87 instructions have been regularly baked into x86 cores themselves since the 80486.

Because of its coprocessor history, x87 defines both normal registers6 (akin to GPRs) and a variety of special registers needed to control the FPU state:

Registers in this group: 14.

MMX was Intel’s first attempt at consumer SIMD in their x86 chips, released back in 1997.

For design reasons that are a complete mystery to me, the MMX registers are actually sub-registers of the x87 STn registers: each 64-bit MMn occupies the mantissa component of its corresponding STn. Consequently, x86 (and x86-64) CPUs cannot execute MMX and x87 instructions at the same time.

In addition to MM0 through MM7, MMX also defines a new status register (MXCSR) as well as a load/store instruction pair for manipulating it (LDMXCSR and STMXCSR).

Registers in this group: 9.

For simplicity’s sake, I’m going to wrap SSE and AVX into a single section: they use the same sub-register pattern as the GPRs and x87/MMX do, so they fit well into a single table:

SSE also defines a new status register, MXCSR, that contains flags roughly parallel to the arithmetic flags in RFLAGS (along with floating-point flags in the x87 status word).

AVX-512 also introduces eight opmask registers, k0 through k7. k0 is a special case that behaves much like the “zero” register on some RISC ISAs: it can’t be stored to, and loads from it always produce a bitmask of all ones.

Errata: The table above includes AVX-512, which isn’t available on any AMD CPUs as of 2020. I’ve updated the counts below to only include SSE and AVX2-introduced registers.

Registers in this group: 33.

Intel added these with MPX, which was intended to offer hardware-accelerated bounds checking. Nobody uses it, since it doesn’t work very well. But x86 is eternal and slow to fix mistakes, so we’ll probably have these registers taking up space for at least a while longer:

Registers in this group: 7.

There are 6 debug registers of two types:

What about DR4 and DR5? For reasons that are unclear to me, they don’t (and have never) existed9. They do have encodings but are treated as DR6 and DR7, respective, or produce an #UD exception when CR4.DE[bit 3] = 1.

x86-64 defines a set of control registers that can be used to manage and inspect the state of the CPU.

There are 16 “main” control registers, all of which can be accessed with a MOV variant:

All reserved control registers result in an #UD when accessed, which makes me inclined to not count them in this post.

The extended control registers use XGETBV and XSETBV instead of a MOV variant.

That’s what the Intel SDM calls these8: these registers hold sizes and pointers to various protected mode tables.

As best I can tell, there are four of them:

The GDTR, LDTR, and IDTR each seem to be 80 bits in 64-bit modes: 16 lower bits for the size of the register’s table, and then the upper 64 bits for the table’s starting address.

TR is likewise 80 bits: 16 bits for the selector (which behaves identically to a segment selector), and then another 64 for the base address of the TSS10.

Registers in this group: 4.

These are an interesting case: unlike all of the other registers I’ve covered so far, these are not unique to a particular CPU in a multicore chip; instead, they’re shared across all cores11.

The number of MTTRs seems to vary by CPU model, and have been largely superseded by entries in the page attribute table, which is programmed with an MSR12.

Registers in this group: 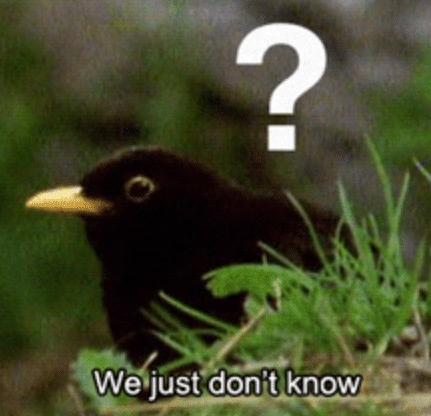 Model-specific registers are where things get fun.

Like extended control registers, they’re accessed indirectly (by identifier) through a pair of instructions: RDMSR and WRMSR. MSRs themselves are 64-bits but originated during the 32-bit era, so RDMSR and WRMSR read from and write to two 32-bit registers: EDX and EAX.

By way of example: here’s the setup and RDMSR invocation for accessing the IA32_MTRRCAP MSR, which includes (among other things) that actual number of MTRRs available on the system:

RDMSR and WRMSR are privileged instructions, so normal ring-3 code can’t access MSRs directly13. The one (?) exception that I know of is the timestamp counter (TSC), which is stored in the IA32_TSC MSR but can be read from non-privileged contexts with RDTSC and RDTSCP.

Two other interesting (but still privileged14) cases are FSBASE and GSBASE, which are stored as IA32_FS_BASE and IA32_GS_BASE, respectively. As mentioned in the segment register section, these store the FS and GS segment bases on x86-64 CPUs. This makes them targets of relatively frequent use (by MSR standards), so they have their own dedicated R/W opcodes:

But back to the meat of things: how many MSRs are there?

Using the standards laid out at the beginning of this post, we’re interested in counting what Intel calls “architectural” MSRs. From the SDM15:

Many MSRs have carried over from one generation of IA-32 processors to the next and to Intel 64 processors. A subset of MSRs and associated bit fields, which do not change on future processor generations, are now considered architectural MSRs. For historical reasons (beginning with the Pentium 4 processor), these “architectural MSRs” were given the prefix “IA32_”.

According to the subsequent table16, the highest architectural MSR is 6097/17D1H, or IA32_HW_FEEDBACK_CONFIG. So, the naïve answer is over 6000.

However, there are significant gaps in the documented MSR ranges: Intel’s documentation jumps directly from 3506/DB2H (IA32_THREAD_STALL) to 6096/17D0H (IA32_HW_FEEDBACK_PTR). On top of the empty ranges, there are also ranges that are explicitly marked as reserved, either generally or explicitly for later expansion of a particular MSR family.

To count the actual number of MSRs, I did a bit of pipeline ugliness:

That pipeline left a bit of cruft towards the end thanks to quoted variants, so I count the actual number at 400 architectural MSRs. That’s a lot more reasonable than 6096!

Registers in this group: 400

Other bits and wrapup

The footnotes at the bottom of this post cover most of my notes, but I also wanted to dump some other resources that I found useful while discovering registers:

All told, I think that there are roughly 557 registers on the average (relatively recent) x86-64 CPU core. With that being said, I have some peripheral cases that I’m not sure about:

Information on these (and any other) registers would be deeply appreciated.