With thanks to Niki Carroll, winny, and kurufu for their invaluable proofreading and advice.

Like the last one, SSA is a topic in compiler and IR design that I mostly understand but could benefit from some self-guided education on. So here we are.

How to represent a program

At the highest level, a compiler’s job is singular: to turn some source language input into some machine language output. Internally, this breaks down into a sequence of clearly delineated1 tasks:

In a single-pass compiler, (4) is monolithic: machine code is generated as the compiler walks the AST, with no revisiting of previously generated code. This is extremely fast (in terms of compiler performance) in exchange for some a few significant limitations: 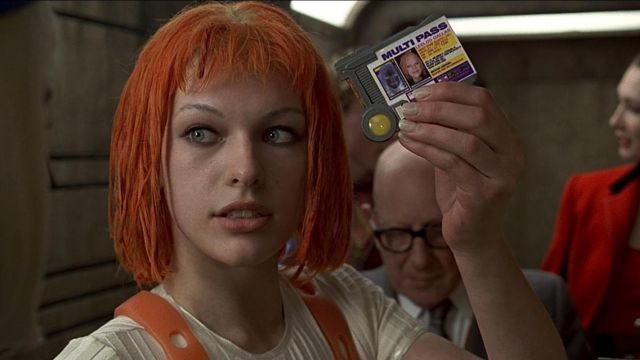 Multi-pass compilers break the translation phase down even more:

So, we want an IR that’s easy to correctly transform and that’s amenable to optimization. Let’s talk about why IRs that have the static single assignment property fill that niche.

At its core, the SSA form of any program source program introduces only one new constraint: all variables are assigned (i.e., stored to) exactly once.

By way of example: the following (not actually very helpful) function is not in a valid SSA form with respect to the flags variable:

Why? Because flags is stored to twice: once for initialization, and (potentially) again inside the conditional body.

As programmers, we could rewrite helpful_open to only ever store once to each automatic variable:

But this is clumsy and repetitive: we essentially need to duplicate every chain of uses that follow any variable that is stored to more than once. That’s not great for readability, maintainability, or code size.

So, we do what we always do: make the compiler do the hard work for us. Fortunately there exists a transformation from every valid program into an equivalent SSA form, conditioned on two simple rules.

Rule #1: Whenever we see a store to an already-stored variable, we replace it with a brand new “version” of that variable.

Using rule #1 and the example above, we can rewrite flags using _N suffixes to indicate versions:

But wait a second: we’ve made a mistake!

Using our example once more:

Our quandary is resolved: open always takes flags_2, where flags_2 is a fresh SSA variable produced applying φ to flags_0 and flags_1.

Observe, too, that φ is a symbolic function: compilers that use SSA forms internally do not emit real φ functions in generated code5. φ exists solely to reconcile rule #1 with the existence of control flow.

As such, it’s a little bit silly to talk about SSA forms with C examples (since C and other high-level languages are what we’re translating from in the first place). Let’s dive into how LLVM’s IR actually represents them.

First of all, let’s see what happens when we run our very first helpful_open through clang with no optimizations:

This is something that consistently slips me up when reading LLVM’s IR: only values, not memory, are in SSA form. Because we’ve compiled with optimizations disabled, %flags is just a stack slot that we can store into as many times as we please, and that’s exactly what LLVM has elected to do above.

As such, LLVM’s SSA-based optimizations aren’t all that useful when passed IR that makes direct use of stack slots. We want to maximize our use of SSA variables, whenever possible, to make future optimization passes as effective as possible.

This is where mem2reg comes in:

This file (optimization pass) promotes memory references to be register references. It promotes alloca instructions which only have loads and stores as uses. An alloca is transformed by using dominator frontiers to place phi nodes, then traversing the function in depth-first order to rewrite loads and stores as appropriate. This is just the standard SSA construction algorithm to construct “pruned” SSA form.

mem2reg gets run at -O1 and higher, so let’s do exactly that:

Foiled again! Our stack slots are gone thanks to mem2reg, but LLVM has actually optimized too far: it figured out that our flags value is wholly dependent on the return value of our access call and erased the conditional entirely.

Instead of a φ node, we got this select:

The ‘select’ instruction is used to choose one value based on a condition, without IR-level branching.

So we need a better example. Let’s do something that LLVM can’t trivially optimize into a select (or sequence of selects), like adding an else if with a function that we’ve only provided the declaration for:

LLVM’s phi is slightly more complicated than the φ(flags_0, flags_1) that I made up before, but not by much: it takes a list of pairs (two, in this case), with each pair containing a possible value and that value’s originating basic block (which, by construction, is always a predecessor block in the context of the φ node).

The Language Reference backs us up:

The type of the incoming values is specified with the first type field. After this, the ‘phi’ instruction takes a list of pairs as arguments, with one pair for each predecessor basic block of the current block. Only values of first class type may be used as the value arguments to the PHI node. Only labels may be used as the label arguments.

Observe, too, that LLVM is still being clever: one of our φ choices is a computed select (%spec.select), so LLVM still managed to partially erase the original control flow.

So that’s cool. But there’s a piece of control flow that we’ve conspicuously ignored.

Not one, not two, but three φs! In order of appearance:

The rest of the IR is bookkeeping: we need separate SSA variables to compute the addition (%add), increment (%inc), and exit check (%exitcond.not) with each loop iteration.

So now we know what an SSA form is, and how LLVM represents them6. Why should we care?

As I briefly alluded to early in the post, it comes down to optimization potential: the SSA forms of programs are particularly suited to a number of effective optimizations.

Let’s go through a select few of them.

One of the simplest things that an optimizing compiler can do is remove code that cannot possibly be executed. This makes the resulting binary smaller (and usually faster, since more of it can fit in the instruction cache).

“Dead” code falls into several categories7, but a common one is assignments that cannot affect program behavior, like redundant initialization:

Without an SSA form, an optimizing compiler would need to check whether any use of x reaches its original definition (x = 100). Tedious. In SSA form, the impossibility of that is obvious:

And sure enough, LLVM eliminates the initial assignment of 100 entirely:

Compilers can also optimize a program by substituting uses of a constant variable for the constant value itself. Let’s take a look at another blob of C:

As humans, we can see that y and z are trivially assigned and never modified8. For the compiler, however, this is a variant of the reaching definition problem from above: before it can replace y and z with 7 and 10 respectively, it needs to make sure that y and z are never assigned a different value.

Let’s do our SSA reduction:

This is virtually identical to our original form, but with one critical difference: the compiler can now see that every load of y and z is the original assignment. In other words, they’re all safe to replace!

So we’ve gotten rid of a few potential register operations, which is nice. But here’s the really critical part: we’ve set ourselves up for several other optimizations:

This is the real magic of an optimizing compiler: each individual optimization is simple and largely independent, but together they produce a virtuous cycle that can be repeated until gains diminish. 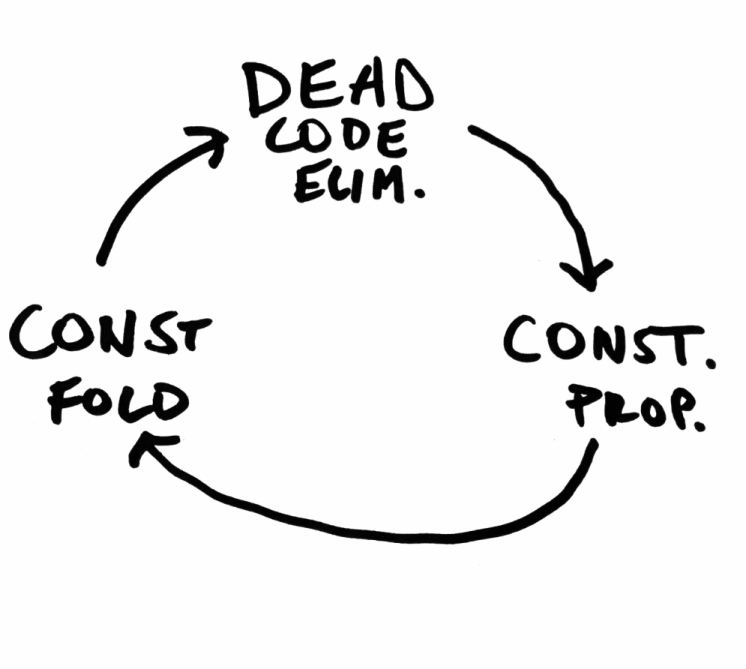 Register allocation (alternatively: register scheduling) is less of an optimization itself, and more of an unavoidable problem in compiler engineering: it’s fun to pretend to have access to an infinite number of addressable variables, but the compiler eventually insists that we boil our operations down to a small, fixed set of CPU registers.

The constraints and complexities of register allocation vary by architecture: x86 (prior to AMD64) is notoriously starved for registers9 (only 8 full general purpose registers, of which 6 might be usable within a function’s scope10), while RISC architectures typically employ larger numbers of registers to compensate for the lack of register-memory operations.

Just as above, reductions to SSA form have both indirect and direct advantages for the register allocator:

There are many things about SSA that I didn’t cover in this post: dominance frontiers, tradeoffs between “pruned” and less optimal SSA forms, and feedback mechanisms between the SSA form of a program and the compiler’s decision to cease optimizing, among others. Each of these could be its own blog post, and maybe will be in the future!