This will be a stream of consciousness as I take a look at Square’s S6 reader. I’m not a hardware person whatsoever, so it’ll be a pretty superficial exploration.

The S6 is pretty inconspicuous looking: 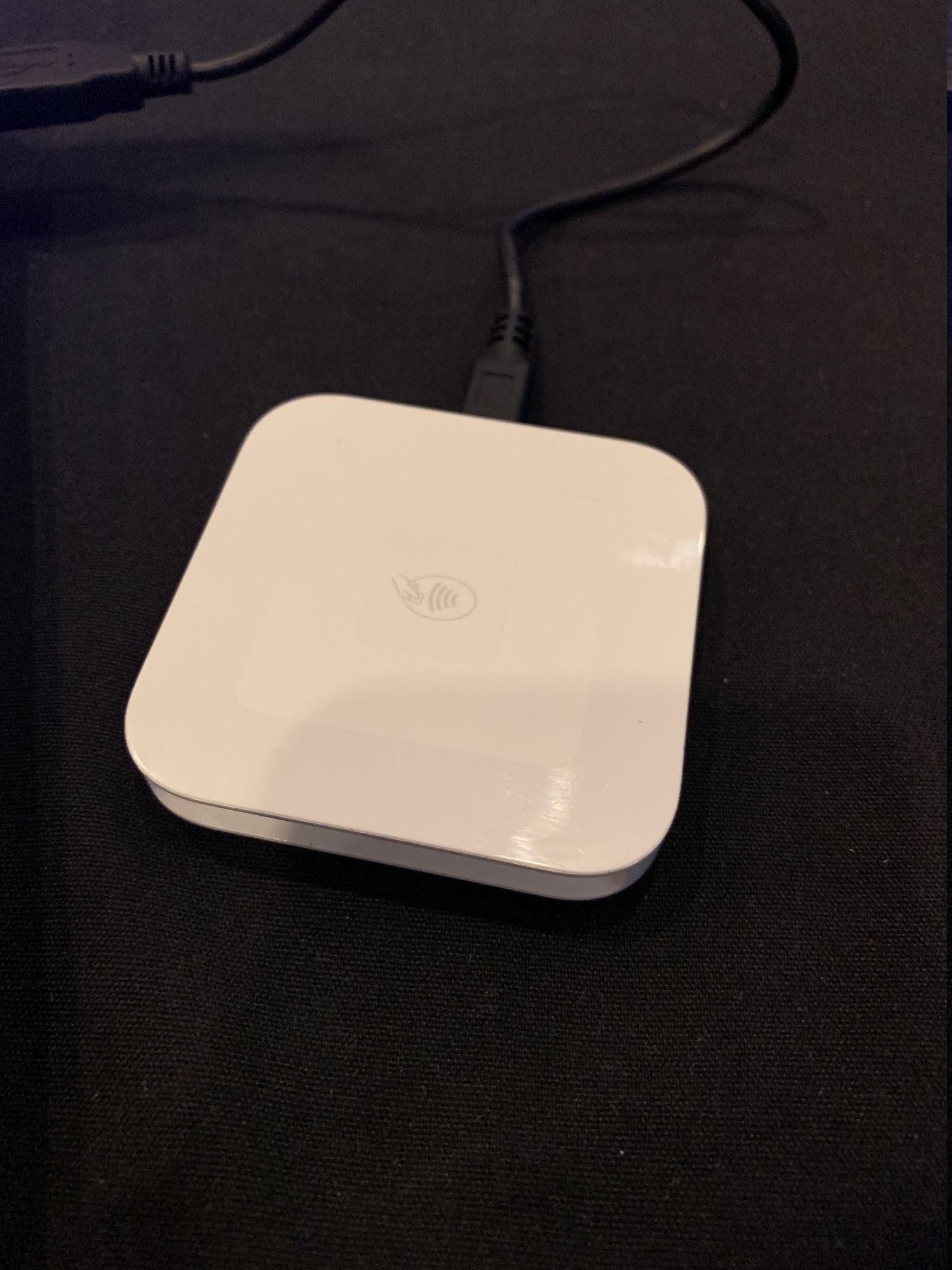 The FCC ID (2AF3K-1SQHW) is the only identifier on it, apart from a (presumably) unique serial number.

I tried plugging it in, with some initial results in lsusb and dmesg:

Based on the hiddev/hidraw registration, I figured that I might get lucky and get some output during a card read by directly pulling from /dev/hidraw0:

But no luck: it’s probably waiting for something from the host first.

A quick search for “Square reader linux” yielded some initially promising results: a blog post by Andy Bromberg and a paper presented at Black Hat 2015 (?).

Unfortunately, both are about the “original”1 3.5mm jack-type reader, which is magstripe only and a lot simpler internally (see Bromberg’s photos). Bromberg’s post also contains this concerning phrase:

Unfortunately, Square moved from a very simple circuit design to a larger, encrypted version before I got mine.

So there might be some device signing going on. Sigh.

A 2012 Verge article says that Square’s readers include “hardware encryption”, but that doesn’t mean that the device itself requires signing with a known client.

This spammy-looking site says that Square accounts are linked to their POS2 application, not to a particular reader. That’s good, at least.

Looking up the FCC ID yielded some helpful component images, and im_eningeer pointed out some test points to yours truly.

The images aren’t high-res enough to see the numbers on the Square-branded chip, but the other one says:

Which appears to be a Kinetis K21 with 512KB of flash.

New idea: download Square’s Android POS app and see if it contains anything helpful. I wasn’t hopeful since Square hints that their Android app only supports BLE3, but who knows.

I downloaded v5.17 from this sketchy site and used apktool to unpack it:

The manifest offers a hint:

It looks like Star Micronics is a POS company, which was initially promising. However, searching for more strings suggests that starioextension et al. are part of a (receipt) printing SDK, not card reading. So probably a dead end.

I’ve run out of time. Maybe I’ll pick this up again. If I do, these are probably the next steps: