One Month with the Pebble Time 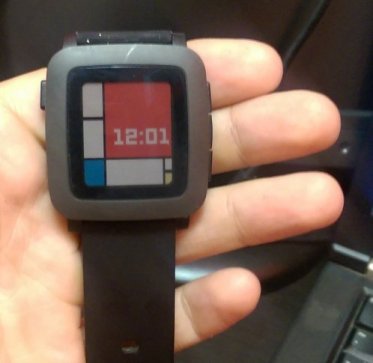 I bought a Pebble Time about a month ago, based on the following reasoning:

Of course, there are downsides: Pebble was absorbed by Fitbit, meaning that the Pebble platform is probably dead from an official perspective. While external services like speech input continue to work for the time being, it’s likely that they won’t for long.

Fortunately, the open source community seems to have picked up a lot of the slack: from my experimenting, Gadgetbridge works nearly perfectly with my watch: the only thing that didn’t work was speech input, and that’s being worked on.

Without further ado, the breakdown:

I’ll mention this once again, since it was so shocking to me: you can get a well-featured smartwatch for less than $50. 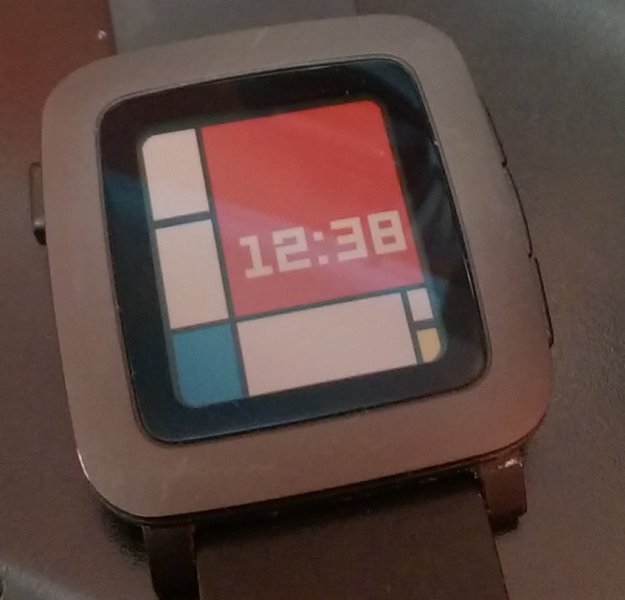 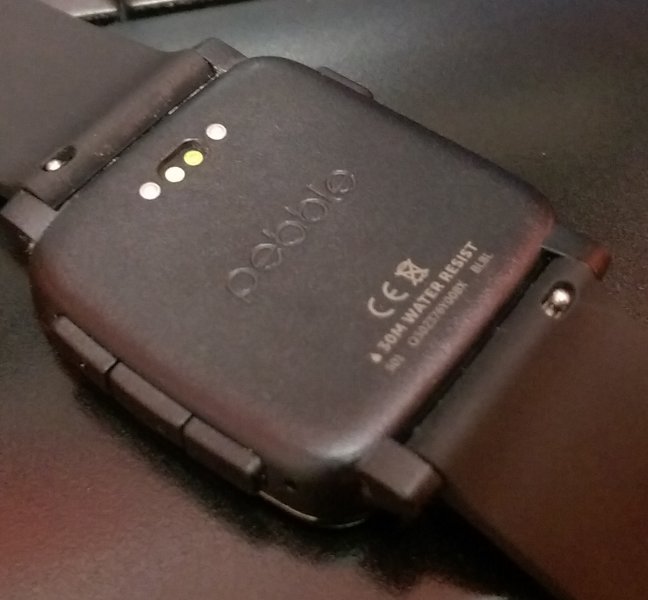 So far, the build quality on the watch itself has been impressive. I haven’t taken it swimming yet, but it’s survived showers and a few bad rainstorms. The matte gray bezel has one scratch on it, probably from banging my wrist against a door.

The weight is good; not too heavy or too light on my wrist. The bezel-to-screen ratio is high, but not to the point of harming the watch’s aesthetics (in my opinion). 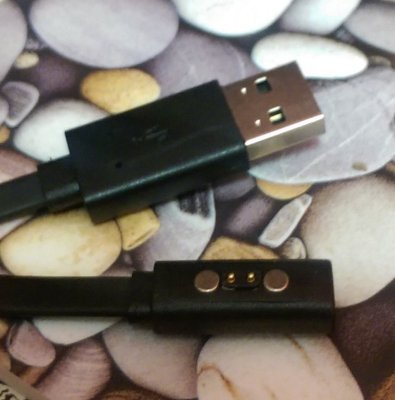 The USB and charging ends. 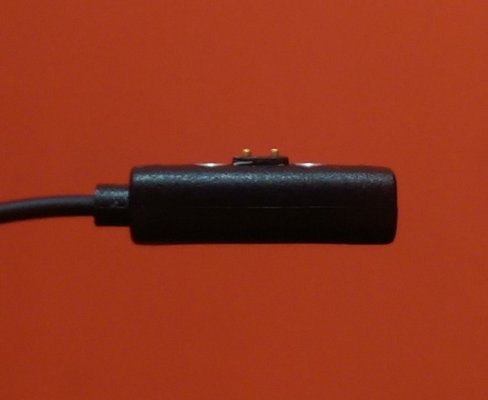 The charging end, in profile.

The charger is also pretty nice — it’s magnetic, presumably to make aid in the waterproofing of the watch. It’s a custom design, so it’ll probably be annoying to replace once Pebble retailers run out. It also shocked me once, although partially through my own fault: I had a ballpoint spring in my pocket, and it connected the two leads on the charger. When I plugged the USB end into my laptop, it shorted (but didn’t break) and gave me a small zap.

Pebble advertises up to a week of battery life on a single charge.

My experience with the Pebble Time has been pretty close to that — I get 5-6 days usually, depending on a few different factors:

At the end of the day, the e-paper display seems to be the dominant factor in the Pebble Time’s impressive battery life. Not having to charge every day (or every other day) is a really fantastic feature.

The Pebble Time’s screen is covered in Gorilla Glass, and provides 64 colors at a resolution of 144x168 (182ppi). There’s a backlight built in, which can be set to activate on motion (e.g., shaking your wrist).

In my experience, the screen’s viewing angles and contrast are pretty good. I can read the time easily without moving my hands from the keyboard. The backlight only becomes necessary in the dark, and illuminates the whole screen well when activated.

Unlike a lot of smartwatches, the Pebble Time does not have a touch screen. All interaction is done via four buttons - one on the left, and three on the right.

This is slightly annoying while cycling, but is otherwise just fine. Pebble OS makes most interaction via the buttons intuitive — the left button is normally “back”, while the right buttons are “up”, “select”, and “down” respectively.

The Pebble Time tracks both sleeping time and daily steps.

The sleep tracking has been very accurate, in my experience. The only inaccuracies I’ve noticed have been when taking the Pebble off of my wrist and leaving it (without charging) on a flat surface — that sometimes gets added to the sleep timer.

Similarly, the “smart” alarm feature works amazingly. If nothing else, it justifies my purchase — I really can’t describe how much nicer it is to wake up at the end of a sleep cycle to a light vibration on your wrist than to a klaxon coming from your phone.

The step counter seems to have a tendency to overcount. I went on two hikes with the Pebble Time, one 5 miles and the other about 7. It recorded the first as a bit over 6.5 miles, and the second as about 9.5. My step counts were similarly inflated.

According to the step counter, I burn about 3000 calories a day. That’s close to other estimates I’ve calculated, so I wonder where the inaccuracy in their model is coming from.

Pebble OS makes up for the limitations of the e-paper display with clever animations and timed refreshes, making the watch feel responsive while minimizing the amount of screen drawing.

Most of the built-in applications are intuitive. In particularly, the music control application is very straightforward, and makes it easy to control my phone and speaker while riding my bike.

Notifications work excellently — SMS/MMS, Snapchat, GroupMe, Slack, Venmo, PayPal, you name it. Even Pushbullet works, which I’ve used alongside znc-push to get IRC notifications to my watch.

Strava’s pop-up notification support is also very nice, showing your current time, distance, and average speed (and allowing you to pause your ride). It does, however, drain the battery like nothing else: my Pebble Time’s battery dropped by about 15% after 4 hours of continuous Strava usage. It also disappears from the watch if you change applications (for example, to skip to the next song), and I haven’t figured out how to bring it back.

I barely use my mobile devices so I haven’t even tried any third-party Pebble apps. That’s something I plan to do over the coming weeks.

Over a whole month of usage, I’ve observed two crashes: once during a notification animation, and once while using the Strava HUD. Both caused a reboot, after which the watch continued to function normally. I also got one weird notification where the JSON got sent to my watch, although I don’t think this was the Pebble’s fault.

Overall, the Pebble Time has been quite nice to use over the past month, and is probably the best sub-$50 investment I’ve made in a long time. There’s a strong open source presence in the community, and I’m hoping that OSS will continue to fill the gap caused by Pebble’s acquihire.

If you’re interested in a long-life, budget-sensitive smartwatch with a good set of health and fitness features built in, I highly recommend checking out the Pebble Time (or other Pebble models) on Amazon. They’re all currently steeply discounted, and will probably remain that way until they’re gone for good.