Amazon Dash: Those Who Cannot Remember The Past...

Administrivia: From now on, I’m going to try to add new posts more frequently. These posts will be shorter on average than my earlier (non-mini) ones, but they’ll allow me to discuss/examine more recent events as they unfold.

When I first saw Amazon’s new Dash service, I thought it was an April Fools’ joke. After all, it was announced on March 31st and appears to go against everything that an online shopping company should want:

Worst of all, Dash reminds me of a certain failed product that recently turned 15: 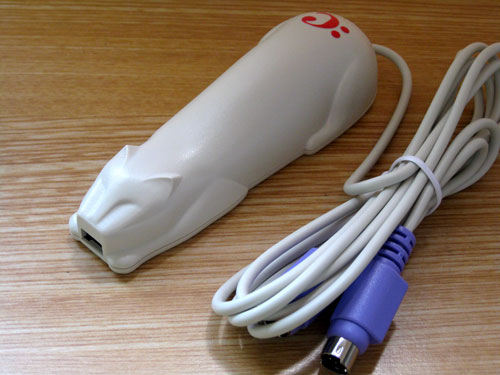 For those who don’t, here’s a short excerpt from the Wikipedia article:

The CueCat is widely described as a commercial failure. It was listed as one of “The 25 Worst Tech Products of All Time” by PC World magazine. [10] The CueCat’s critics said the device was ultimately of little use: Jeff Salkowski of the Chicago Tribune wrote “You have to wonder about a business plan based on the notion that people want to interact with a soda can,” while Debbie Barham of the Evening Standard quipped that the CueCat “fails to solve a problem which never existed.” [11] In December 2009, the popular gadget blog Gizmodo voted the CueCat the #1 worst invention of the “2000s” decade. [12] A CBS News piece describing RadioShack’s 2015 Chapter 11 bankruptcy lists the CueCat as just one of a long string of marketing failures [13] which contributed to the chain’s demise. [14]

The two even look similar: 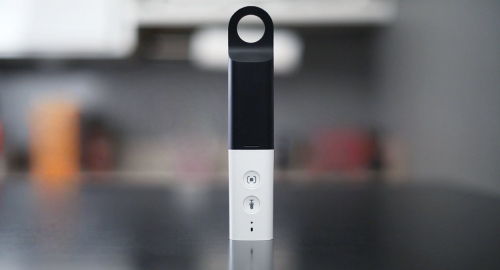 Ultimately, the same principle applies. The CueCat was a neat idea, but utterly failed to eliminate the awkwardness and problems involved in binding physical items to online companies or websites.

Amazon Dash is clearly being provided for household products which, ironically, is one of the markets that needs this sort automated product ordering the least. If a product is common enough in a household that it warrants a dedicated Amazon Dash button or scanner, its purchaser probably has the presence of mind to order it by name (assuming they they order it at all and don’t just buy it from a local store).

A market that could benefit from this sort of device is the electronics (components) market, where devices are usually identified by a part number or production ID and can be difficult to find online. Unfortunately, Amazon seems more interested in making it possible to order boxes of spaghetti via what amounts to a slimmed down, wireless CueCat.

Ultimately, I have no way of predicting whether or not Dash will be popular. In my mind, however, it brings absolutely nothing to the table. The average consumer already has a palm-sized computer from which they make a wide variety of purchases

I’d like to end this with a section of famous prose from The Life of Reason by George Santayana, graciously provided by Project Gutenberg:

Progress, far from consisting in change, depends on retentiveness. When change is absolute there remains no being to improve and no direction is set for possible improvement: and when experience is not retained, as among savages, infancy is perpetual. Those who cannot remember the past are condemned to repeat it.

Amazon won’t be going out of business any time soon, but it would certainly benefit from some hindsight when bringing “new” products to its customers.